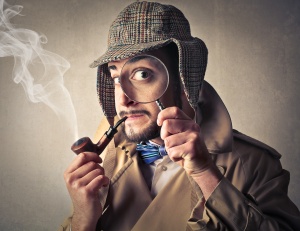 It is taught in some Christian denominations today that women are to be subject/submitted to their husbands in all things. It is not unusual to hear of instances where women have suffered domestic violence or other abuses of human rights within their marriages even while church leadership encourages them to continue ‘submitting’ to such behaviour. Sadly, Christian women who have received such teaching often believe this corrupted teaching about Biblical submission is God’s will, and continue to suffer in silence. (To read some in depth studies about the Bible passages from which such questionable teaching arises please go here.) In this article we will look at a New Testament event that seriously brings into question the ‘woman must always submit” teaching.

In Acts chapter 5 we read of a married couple, Ananias and Sapphira, members of the Jerusalem church, who sold a piece of land. We see from Acts 4:34-35 that such was the sense of community in the early Christian church that those with possessions were selling property and bringing the proceeds to the apostles to be distributed among the believers. In this atmosphere, Acts 5:1-2 records that Ananias sold a possession “with Sapphira his wife” and bringing part of the proceeds laid it at the apostles’ feet, having secretly kept back part of the money he had received from the sale. Verse 2 makes clear that Sapphira, his wife, was fully aware of and agreeable to his deceptive act.

The first thing we need to understand in this passage is that it was most probably Ananias who owned and sold the land. Jewish women did not generally own property in their own right unless it was part of the dowry they brought to their marriage. It appears clear from the passage that it was Ananias who decided to sell the land but verse 2 indicates it was with Sapphira’s knowledge and consent.

Secondly, it’s important to note that the idea to deceive the apostles was conceived in the heart of Ananias. This is clear from verse 3 in which Peter asks Ananias why he has allowed Satan to fill his heart. Notice that Ananias’ sin was not in holding back money. The decision about how much money from the sale would be given to the church belonged completely to Ananias. Ananias’ sin was that he lied to the Holy Spirit (v.3). In implying he was giving all the money from the sale to the church, while secretly holding some of the money back, he was deceiving the apostles and attempting to deceive the Holy Spirit. We can only guess at the reasons why Ananias chose to be dishonest, but by deliberately lying about the amount he was giving, he severely tested the Holy Spirit.

The Holy Spirit revealed Ananias’ deception to the Apostle Peter through a supernatural word of knowledge (1 Cor. 12:8), prompting Peter to confront him about it. The result, as we see from verse 5 is that Ananias fell down ‘and breathed his last’. Please note the Bible doesn’t indicate that Peter pronounced any judgment of death on Ananias, in fact it’s quite possible Peter and those with him were just as surprised as Ananias was at what took place!

However, the subject of our case study in this story is Sapphira. Not knowing her husband’s fate, Sapphira arrived three hours later, only to be questioned by Peter about the exact amount of the sale (v.7-8). Sapphira then repeated the lie her husband had uttered only hours before, causing Peter to ask why she and her husband had agreed together ‘to test the Spirit of the Lord.” Sapphira also fell down at his feet and breathed her last.

It’s important that we see here that Sapphira’s sin was in agreeing with her husband in deception, rather than refusing to comply with him, thereby making herself a participant in the sin.

What do we learn, therefore, from this New Testament passage?

*There was obviously no expectation by the apostles that a woman should ‘be subject to her husband in all things’ regardless of the righteousness of those ‘things’;

*If it is true, as some teach, that a wife must obey her husband without exception then the Holy Spirit’s treatment of Sapphira would surely be unjust. We know, and the Bible testifies, that our God is not unjust;

*Peter did not treat Sapphira as a mere servant of her husband but gave her the opportunity, on equal terms, to give her own account of what had occurred;

*There was no concept in the early church that Sapphira was less responsible than Ananias in spiritual matters, or that she was a weaker creation needing the ‘covering’ of her husband. The Holy Spirit judged her on equal terms with Ananias according to her own words and her own decision to hide the sin they had agreed upon;

*In the early church women were held accountable before God as equal partners in the Kingdom of God alongside their husbands and brothers.

There is a currently popular teaching that a husband and/or father has been ordained by God to be the ‘priest of the home’. This teaching is based on the belief that a woman needs to be ‘spiritually covered’ by her husband, or if single, by her father or a near male relative, and is rooted in the false ‘covering’ doctrine which permeates some Christian denominations (for more information on this please see Uncovering the Covering Doctrine and Husbands as Priests, a Different Gospel).

The New Testament nowhere supports the idea of spiritual priesthood based on gender. Rather it teaches that “you also, as living stones, are being built up a spiritual house, a holy priesthood, to offer up spiritual sacrifices acceptable to God through Jesus Christ” (1 Peter 2:5; see also 1 Peter 2:9). This verse and others are addressed to the entire church, not to a certain section based on gender or marital status.

I believe a closer reading of the story of Ananias and his wife Saphirra affirms that married women in the early church were regarded as joint heirs in Christ who could take responsibility for their own decisions and actions. This is all the more significant when we consider that in traditional Judaism only males, not females, could be witnesses before a court. Saphirra’s version of events was both sought and listened to.

What have you been taught about male ‘covering’, male ‘priesthood in the home’ and male headship? We’d love to hear your thoughts!