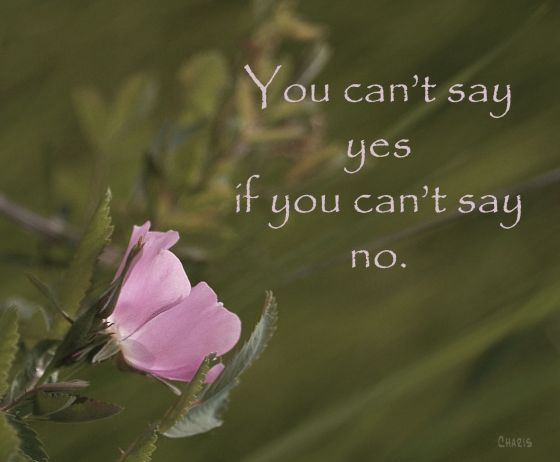 “He leaned on the pulpit, and said in a stern fatherly voice, ‘Now ladies, there’s a case here in the news where a wife is making accusations against her husband. You need to understand this. There is no such thing as rape in marriage. There’s no such thing because the Bible says your body belongs to your husband.’”

“Your pastor said that?” my friend asked, almost dropping her coffee.
“That and a whole bunch of other things about how to be an obedient helpmate,” I told her.
“Good grief! Why did you stay?”
“I didn’t know I could leave.” I answered.

All these years later it’s my answer to her question that is the most painful memory. I didn’t know I could leave.

A person doesn’t come to accept this kind of authoritarian instruction in a day. As is the case with victims of domestic abuse, victims of spiritual abuse gradually lose a sense of confidence that allows them to leave. For years I had been part of a system that did not make room for questions or disagreement. I was told I could and should study the Bible, but as a woman I was, like Eve, easily deceived and therefore needed a man to guide me. I learned to distrust my judgment and my ability to hear the Lord myself.

I tried to be a good wife, honestly I did. My husband was a great guy and would never intentionally hurt me, but something inside began to shut down after that message sunk in and took root in my need to be a good Christian and a good wife. Unbidden, silent resentment also took root that day. Slowly our relationship began to erode.

I was a young mother in the late seventies and all my little ones were poor sleepers. I had no idea a person could be as tired as I was and still be alive. My desire was for sleep and the object of my lust was a pillow.

“If a man is tempted to stray it’s usually because the wife has let herself go,” the pastor preached. “If an unsubmissive wife fails to please her husband and obey him as her head she tears down her home with her own hands. She is displeasing to the Lord.”

I was afraid of tearing down my own home. I started dieting and exercising obsessively in a desperate effort not to “let myself go.” I tried hard not to “defraud” him. After a while, without expressing any of this to my husband, I began to feel like a victim who had no choice but to grudgingly comply with his every wish. I could not joyfully say yes to him because I felt I did not have the right to say no.

There were other nasty consequences to this bogus master/slave relationship of my own making. I put him in the place of God in my life, and when he proved to be a fallible human my resentment and sense of insecurity grew. He became a disappointing idol to me and I put up a thick wall to protect my sorrowing soul. Poor guy, all he knew was that I was not the cheerful and sometimes funny woman he married.

When I was finally able to tell him how I felt he was finally able to communicate to me that he never wanted things to be that way. He loved me and missed my personality. He would never knowingly use me selfishly. He didn’t agree with the pastor at all. It took some convincing but after a while I realized I was the one who bought the lie that he was my master in this relationship and in an effort to keep things together I nearly tore our marriage apart.

Eventually we moved away and rediscovered each other. That was years ago. I hadn’t thought much about it until recently.

The other day I saw a short video in which the apologist, Ravi Zacharias, responded to a question about why God didn’t stop a bullet. His answer reminded me of the days when a man implied to women under his pastoral care that a husband had a right to use violence to take what was his.

“The supreme ethic that God has given to us is the ethic of love. It is the peak of all intellectual and emotional alignment, this thing called love, which places value on the other person of worth and it is something to be protected,” said Dr. Zacharias.

I put down my work and turned up the volume.

“You can never have love without intrinsically weaving it into the freedom of the will. If you are compelled by a certain machine you can never love. You can comply but you will never be choosing to express that sentiment and the reality of love.”

Well, I had certainly learned that lesson. A woman can be married to the most wonderful man on earth, a perfect Prince Charming, but if her responses to him are under compulsion he will inevitably become a monster in her eyes.

“If love is a supreme ethic and freedom is indispensable to love, and God’s supreme goal for you and for me is that we will love, to violate our free will is to violate that which is a necessary component so that love can flourish and love can be expressed.” he said.

This also explained a lot about the troubled relationship I had with God back then. I feared if I did not obey the rules (often set down by someone else in God’s name) that I would be in trouble. I would not be good enough. God would reject me. Striving and responding under compulsion of duty kept me from seeing who God was – the One who already loves me just as I am. Performance-oriented Christianity nearly destroyed our relationship.

One desperate day about twenty years ago I told God how I felt. I didn’t see him as love. I saw demands to be met, expectations to be fulfilled, roles to be played, work to be done. I saw him as a capricious taskmaster. He began to reassure me this was not the way he wanted things to be.

He took me away into a type of wilderness experience where for two years I dared to say no. In that place he allured me, wooed me, loved me and patiently waited for me to see who he really is. He is just like Jesus – the One he sent to set us free.

In time I said yes because I could.

“Therefore I am now going to allure her;
I will lead her into the wilderness
and speak tenderly to her.

There I will give her back her vineyards,
and will make the Valley of Achor a door of hope.
There she will respond as in the days of her youth,
as in the day she came up out of Egypt.

← The Remarkable Katharine Bushnell
Settler or Pioneer: Finding Your Role, Playing it Well →