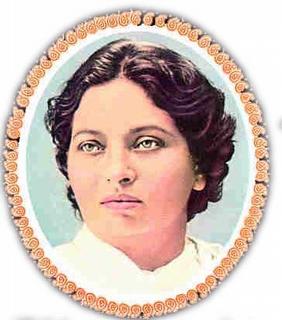 A simple wooden cross hidden in scrubby farmland near a railway line now marks the grave of Pandita Ramabai. Yet this petite and remarkable Indian woman, of Hindu descent, was one of the greatest social reformers of her time; a linguist who spoke seven languages; a poet, educator, and author; and a staunch champion of the rights of women and girls at a time when females in India were frequently referred to as ‘less than dogs’.

Pandita was born on 23 April, 1858, into a high caste Hindu family. Her father, a Brahmin priest, advocated for the education of women and girls and, against custom, taught his wife to read. For this he was ostracised by his fellow Hindu scholars. After some time of wandering the country with his wife he established an ‘ashram’ community deep in the forest, and it was here that Pandita was born.

By the age of twelve, under her parents’ tutelage, Pandita had memorised thousands of sacred Hindu texts and had mastered the Hindu language well beyond her years. In her teenage years a famine claimed the lives of both her parents and her sister, and Pandita was left with only her brother. They set off for Calcutta where, being of high caste, they were welcomed by the Brahmin priests of the city, who soon discovered Pandita’s remarkable knowledge of the sacred Sanskrit texts. Pandita was given the honourable titles of ‘scholar’ and ‘mistress of wisdom’ and invited to lecture in places of learning.

The more Pandita learned of Hinduism the more unsettled she became. When her brother also died she decided to marry a lawyer from a lower caste, an act which horrified her scholarly friends. The couple had a daughter who they named Manorama, but after eighteen months of marriage Pandita’s husband also died of cholera. She found herself a widow at the young age of 23.

Pandita began to speak out against the Hindu traditions of child marriage, polygamy, and the burning of widows on their husband’s funeral pyre.  At this time in India very young girls were frequently married to men decades older and often found themselves widowed while still little more than children. A widow was expected to live the rest of her life in the ‘women’s quarters’ of households as virtual slaves. Hinduism taught that there was no salvation for people of low caste or for women, unless by doing good they earned reincarnation as high caste Brahmin men.

Around this time Pandita began reading the Gospel of Luke, given to her by an English missionary. She later wrote: “Having lost all faith in my former religion, and with my heart hungering after something better, I eagerly learnt everything I could about the Christian religion, and declared my intention to become a Christian.”

More and more Pandita devoted her time and her efforts to easing the suffering of women and girls, starting women’s reform movements in Bombay (now Mumbai) and Pune and publishing a booklet, “Morals for Women”. The more she challenged patriarchal traditions the more she earned the resentment and criticism of orthodox Indian society.

In 1883 Pandita accepted an invitation to study in England with the Sisters of St Mary the Virgin, where she improved her English while in turn teaching Sanskrit. She was greatly impacted by the story of Jesus and the Samaritan woman and later wrote: “I realized, after reading the fourth chapter of St. John’s Gospel, that Christ was truly the Divine Saviour he claimed to be, and no one but He could transform and uplift the downtrodden women of India. Thus my heart was drawn to the religion of Christ.”

Both Pandita and her daughter were baptized during her time in England, but she struggled greatly with intense pressure to forsake her Indian heritage and conform to traditional Anglican dogma. The number of Christian denominations alarmed her and she refused to be identified with any, stating: “I believe in Christ. But at the same time I shall not bind myself to believe in and accept everything that is taught by the church; before I accept it I must be convinced that it is according to Christ’s teaching.”

Pandita was soon invited to the United States, where she undertook a speaking tour and was encouraged by many in the emerging women’s emancipation movement. She returned to India with sufficient funding from supporters to establish a residential school called the House of Learning in Bombay. Initially she attempted to run her school making both Hindu and Christian texts available side by side, but when some of her students converted to Christianity there was an outcry and many parents withdrew their children from the school.

Pandita established a new centre which she called Mukti (house of salvation).   This time she ran the centre as openly Christian and its purpose was to be a refuge and educational centre for all girls and women in need, regardless of background. It was soon filled with child widows, orphans and other desperate women and girls. The Mukti Mission Centre not only provided housing – it included a kindergarten, schools, weaving looms, printing presses, sewing and handcrafts, a flourmill, laundry, oil press, farm and orchard. Mukti was a functional Christian community where women were trained and empowered to take their place as contributing, independent members of Indian society.

On a personal level, Pandita continued to study the Bible and read many Christian books and biographies, endeavoring to follow Christ at an intellectual level until, after reading a book called “From Death Unto Life” she made a life-changing discovery. In her own words: “Although I was quite contented with my newly-found religion, so far as I understood it, still I was labouring under great intellectual difficulties, and my heart longed for something better. I came to know after eight years from the time of my baptism that I had found the Christian religion, which was good enough for me; but I had not found Christ, Who is the Life of the religion and ‘the Light of every man that cometh into the world.” Thus Pandita was born again into a living relationship with Jesus Christ.

Pandita was criticized by fellow Christians and missionaries for her refusal to be drawn into theological debate, to which she replied: “I am, it is true, a member of the Church of Christ, but I am not bound to accept every word that falls down from the lips of priests or bishops…. I have just with great efforts freed myself from the yoke of the Indian priestly tribe, so I am not at present willing to place myself under another similar yoke.”

Pandita strongly believed that Christian women sharing the gospel from village to village were a key component to the transforming of India. She spent the last twelve years of her life translating the Bible from Hebrew and Greek into the Marathi language spoken by the people of Maharashtra. She had hoped her daughter Manorama, who supported her in everything, would carry on her work. However, Manorama died in July 1921 and Pandita, having only just completed her translation, died only months later in April 1923 at the age of 64.

Pandita’s dream that one day Christian women would take her Bible translation from village to village was fulfilled as girls who had found refuge at Mukti set out across the region to share the good news of the gospel in the Marathi language, with Bibles that had been printed on Mukti printing presses.

Pandita Ramabai’s legacy lives on to this day and the Mukti Mission continues to be a place of refuge, nurture and education for the needy girls and women of India. Pandita Ramabai has been called ‘one of the greatest daughters of India’.   At Ishshah’s Story, we celebrate the life and legacy of Pandita Ramabai!

Jesus Was Her Guru: http://powerpointparadise.com/pandita.htm